As a recruiter who has been working with Mechanics for close to 15 years I have heard some pretty awesome stories over the years of interview fails. We are not talking about your standard every day fails like showing up late or on the wrong day or trash talking their previous employers or demanding way too much money. What we have below are some of my favourite interview fails. Most of these were from earlier in my career when I was perhaps not as diligent at screening candidates but everyone once and a while someone slips through the cracks.

While the goal of a recruiter is to get the candidate the job these ones were just unsalvageable and all you can do is laugh about them.

Many years ago I had a Diesel Engine Technician interviewing with one of the major players. He had great experience and absolutely nailed the interview. They offered him the job and it was a big raise on what he was earning and he accepted. The night he got the job he decided to go out with some friends and celebrate the new job. The celebration went a little too far and involved the consumption of some illicit substances. The problem is he forgot that he had not yet taken the drug test.

The craziest part of this story is that while he failed the drug test he still started the job and wasn’t fired for two weeks. What happened is that the Service Manager had never had anyone fail a drug test before and didn’t even think about it. The results were sitting on his desk in an envelope and he didn’t get around to opening it for 2 weeks. It was at that point that he saw the failed drug test and fired the tech.

I had a parts tech set up for a phone interview with a multi-branch equipment dealership. It was going to be a conference call with HR and the Parts Manager. HR called looking for Ron, he picked up the phone and they chatted for a few minutes but the Service Manager was having technical difficulties getting into the call. The HR rep told him to stand by they would call back within 5 minutes. They got the issue sorted out and a couple of minutes later they were calling back. When the person picked up the phone they said

The person on the other line said “Oh, sorry this is not Ron this is actually his brother Don, Ron went for a nap on the cot.”

They went back and forth for a few minutes explaining this was an interview, they just spoke to him less than 5 minutes ago and if he is napping he should probably get up and get on the phone but there was no budging, old Ron was simply napping on the Cot and that is all there was to it.

The curious bit is that Ron and Don had the exact same voice! If you are not interested in the job just say so and if you are going to lie, try to do a little better than this.

I had a field Mechanic interviewing for a job, this was an important role for the company as it was customer facing. They needed someone presentable and with great technical expertise. They were offering a 6 figure Salary and made it known that the person had to be equal parts professional and technical. Well doesn’t our boy show up to the interview in a Backwards hat and cut off jean shorts.

You don’t have to slap a suit on but at least pretend like you give a damn. He would have been better off showing up in his coveralls.

Another parts guy, he is planning on relocating 5+ hours for the job. He has a phone interview and it goes great. The company is ready to make him a job offer off the phone interview but he insists that they should meet in person. He doesn’t ask for them to cover travel, he takes it upon himself to make the 5hr drive to interview. So far so good, this guy is showing some serious initiative.

You would think that if you are going to take the time to drive 5 hrs out of your way to interview you would at least try to make a good impression. No such luck, he shows up in an old beat up grey track suit that the Parts Manager generously described as his Saturday Morning’s Best. They just couldn’t look past how stupid a blunder this was and their impression was that he was not presentable. For a Parts Counter role that would be responsible for working with customers this was just not going to work.

This was not one of mine but was actually one of my clients. We were swapping horror stories and she let me know that one time when someone legit peed their pants in an interview and tried to act like nothing happened. Problem was, when the interview was over and he stood up it was pretty clear what had happened.

These are some pretty extreme cases but seriously, prepare yourself for your interview. Little things can go a long way. For interview tips geared towards mechanics click here – and if you are looking for a new mechanic job visit our job board at www.rockstarmechanics.com/jobs. 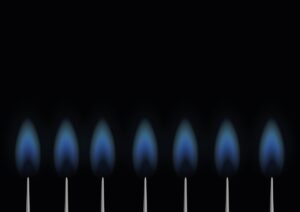 How To Start A Career as an HVAC Technician/Installer

The below is an overview of paths to becoming an HVAC Technician specifically in Ontario. Most of what is written is similar 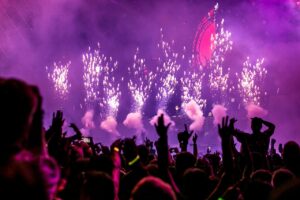 What is RPO and is it right for our company? Recruitment Process Outsourcing 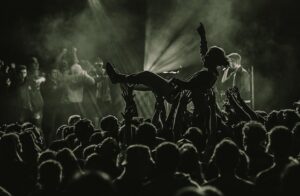 2022 was one of our busiest years ever at Rockstar Recruiting and leading the way was Diesel Technician recruiting. We were still